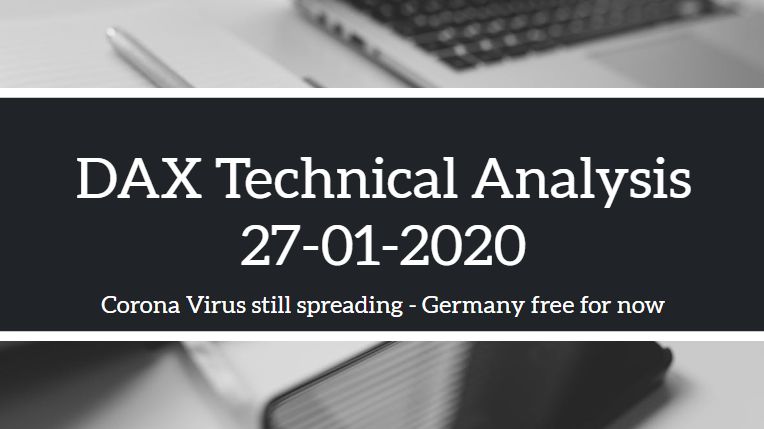 The DAX gapped lower this morning, down to the 13,400 handle and continued to sink further finding a low [at the time of writing] of 13,340. This zone is a pretty significant support zone and the market is asking the question “is there any more demand here?”. If the answer is yes, then this zone will continue to hold and we will start paring this morning’s losses. However, if this level is broken again, then it will find the lowest levels since the beginning of January. See the DAX Chart.

Very often you can use a gap to help you forecast where the market may move to. In this case, the question I am asking is whether this gap will prove to be a halfway point of this downside move. If so, then the downside side target will be somewhere between 13,280 – 13,320. See more DAX Technical Analysis.

What To Look For

Quiet start on the data front this week with the German IFO index for January released today. After a further rebound in the ZEW and PMI numbers last week, the market is expecting the IFO to signal that Germany’s manufacturing sector is getting brighter. German composite PMI stands at 51.1, now slightly above the euro area at 50.9 as well. See the Economic Calendar.

The Chinese New Year has kicked off, so pay close attention to news discussing the spreading of the corona virus. Perhaps the Chinese PMI figures (Friday) will reveal potential impacts already showing up in service sector activity. Over the weekend the corona virus spread further with more than 3,000 people infected and 85 dead as of this morning. The Chinese government have already warned that they are struggling to contain it. A handful of cases of the infection has been reported in other countries, including France, the US and Japan. What about all the factories that produce the majority of goods that the rest of the world consume? Watch the Nikkei for further clues on general sentiment.

Later this week, we look forward to the FOMC (Wednesday) and Bank of England (Thursday) meetings and European inflation figures (Friday).

We had a strong week last week with our forex signals. We sent out 35 signals, which averages 7 per day and hit a return of over 8% for the week. This takes the current January performance well into double figures at 16.38%. Double-digit months are fantastic for pretty much any portfolio. See the forex trading results here.

My forex trading rules are still the same: