Yesterday was a significant day across many markets, but particularly the Dax because we have taken out major support and given the first indication that a move towards 11k may well be on the cards. I have changed my bias from bullish to neutral and I will unlikely be trading anything today.

I had a really strange day trading yesterday, I lost a lot of pips which concerns me but I had one trade, that I should never have taken in the first place, that covered all my losses and gave me a very good profit. The worrying thing is, there was no skill involved with that big trade it was pure luck and I was just left scratching my head wondering what would have happened had it gone the other way. I concluded that I made the number 1 mistake in trading and that is that I let the emotion get to me and I cracked. So I did the right thing and I closed all my trades and I walked away, and today I will do the same, perhaps tomorrow too.

So the market has taken out major support, suggesting a turning point and I am looking to see if we reach 11k. In the back of my mind I am looking for long entries because I rarely want to short equity markets. But this collapse of support could lead to further losses.

The less said about yesterday, the better. I am going to restart my trade tracking from beginning of May with a few tweeks to my trading plan. I allowed myself to enter too many trades (26 at one point) and with each of them having a 1% risk, I was exposed to a potential 26% hit to my account if they went the wrong way… My trades were heavily stock markets and short Euro, so yesterday was not good considering every trade was negative. 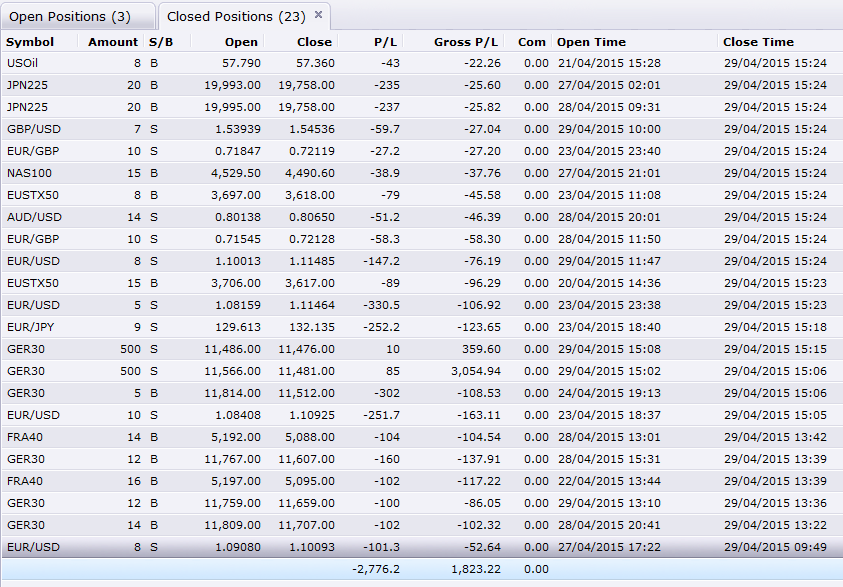 The charts can easily be summarised using just one today, the 4 hour chart. The support and resistance levels are also skewed from yesterday’s collapse, so I will keep today simple.

Multiple levels of support have been taken out on the chart below and the next level to watch is 11300. This is the 100% extension from the recent swing down. Beyond that we have 11250 which is the next layer of support. Beyond that we have the test of the topside of the bearish trend channel drawn in March. I also noticed that when I took a parallel line from that initial bearish channel and put it at the all time high, you could see the most recent high from 27th/28th bounced off that parallel line to fall to current levels. A signal perhaps.

Anyway, if we take out the topside of the bearish channel then 11k open up and beyond that we have probably had to hear a fairly substantial macro release causing further downside risk. 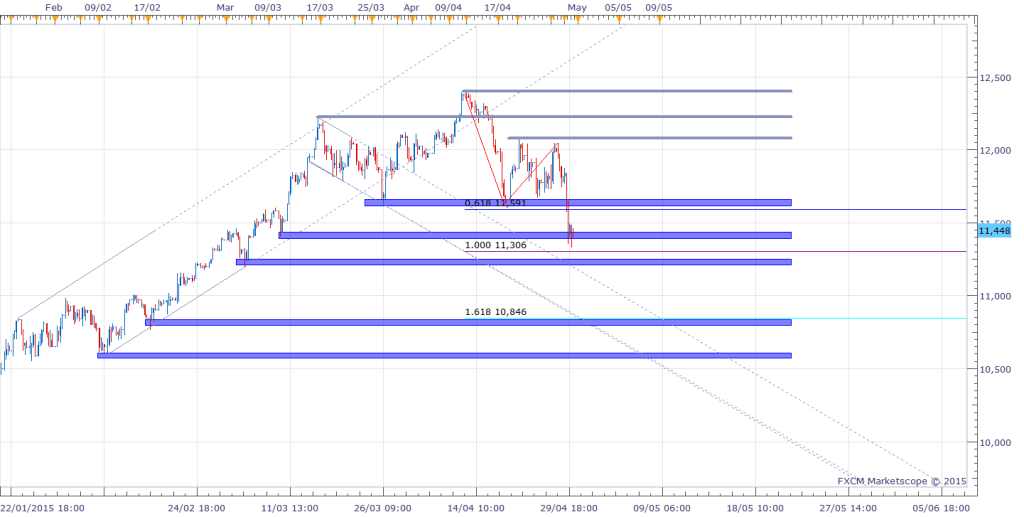