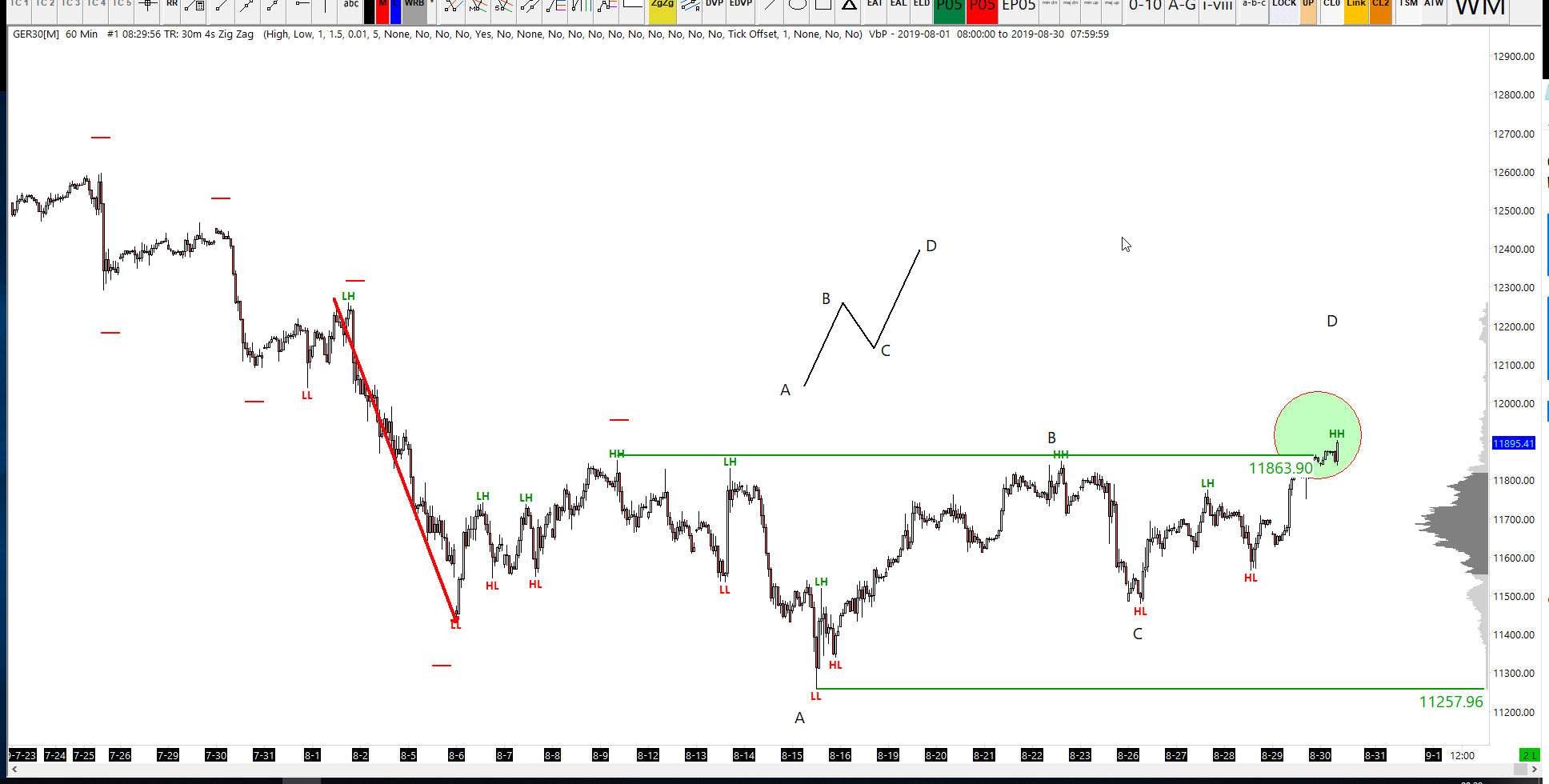 We have a breakout! Or at least a breakout is threatening to take place right now, a bullish breakout. If we see momentum, then 11950-12,000 is the target. 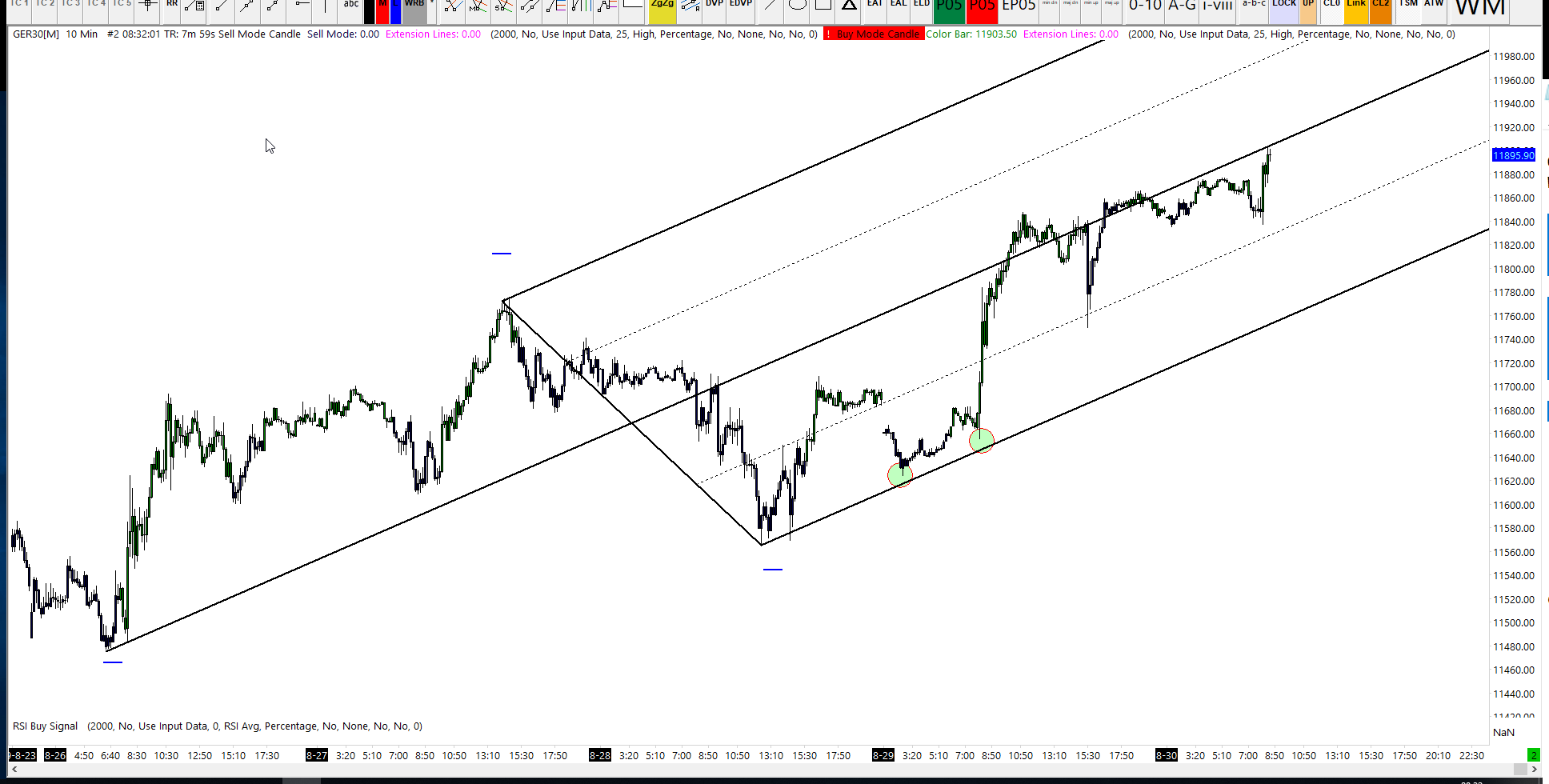 Always revisit the theory when looking at the charts. Members can use the advanced technical analysis resources, but for you non-members, study pitchforks and median line theory. Here’s a nice example of price reacting to the LMLH

Turnover in retail trade in Germany decreased 2.2% in July in real terms on a monthly basis and increased 4.4% on an annual basis, according to provisional data released by the country’s statistical office Destatis on Friday. In nominal terms, the same figures were 2.1% lower and 5.4% higher respectively.

Markets in Europe opened in the green on Friday on fresh trade optimism after China and the United States signalled they are set to resume trade negotiations. Beijing urged Washington to cancel the latest round of tariffs and resolve the trade dispute in a “calm” manner, while US President Donald Trump noted the two countries are holding trade discussions “at a different level.” Elsewhere, investors kept an eye on the latest Brexit developments after United Kingdom Prime Minister Boris Johnson suspended Parliament for five weeks, in what many saw as an attempt to prevent lawmakers from blocking a no-deal Brexit. 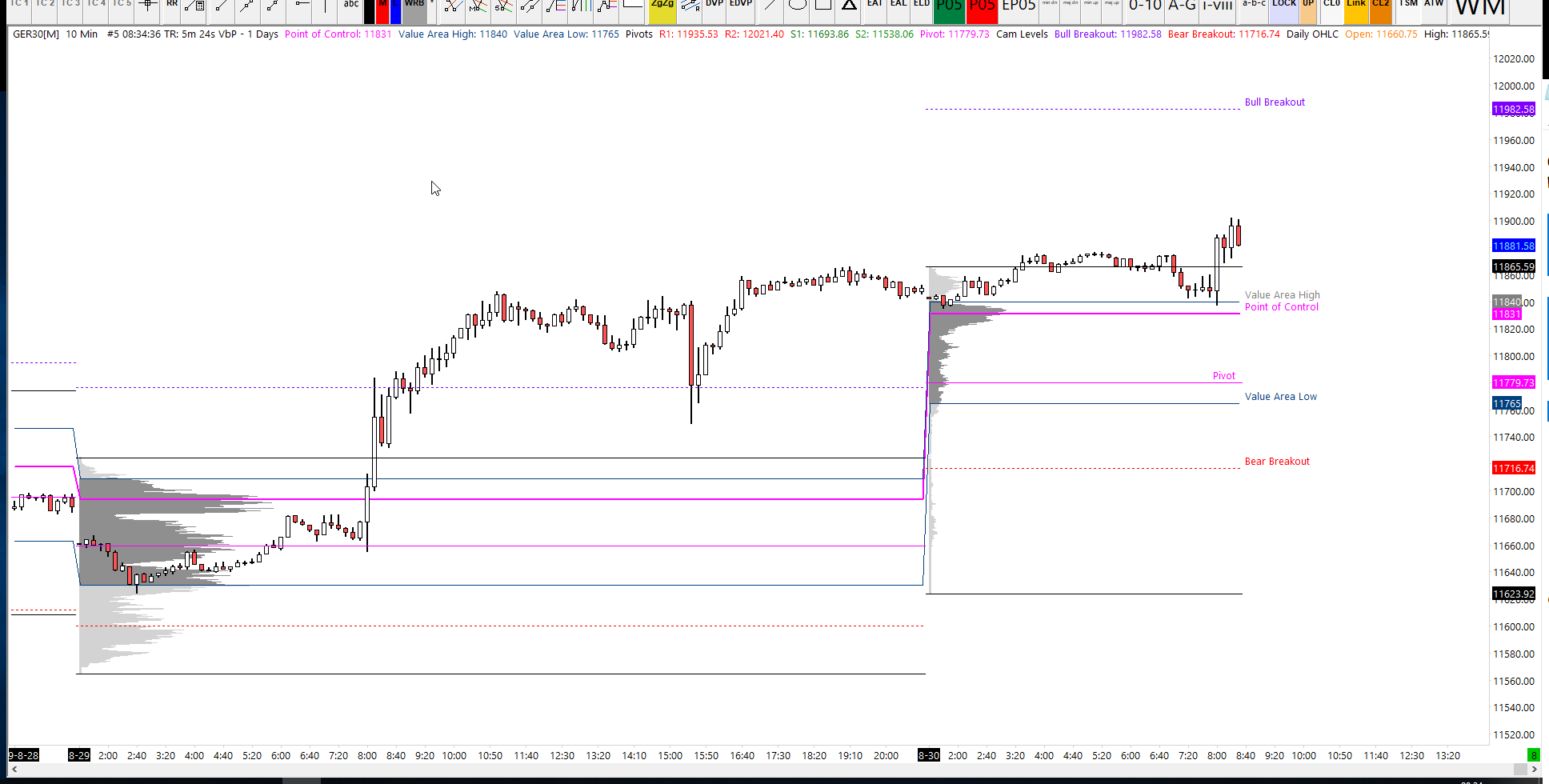 The DAX trading strategy is absolutely CRUSHING it today with multiple excellent entries. 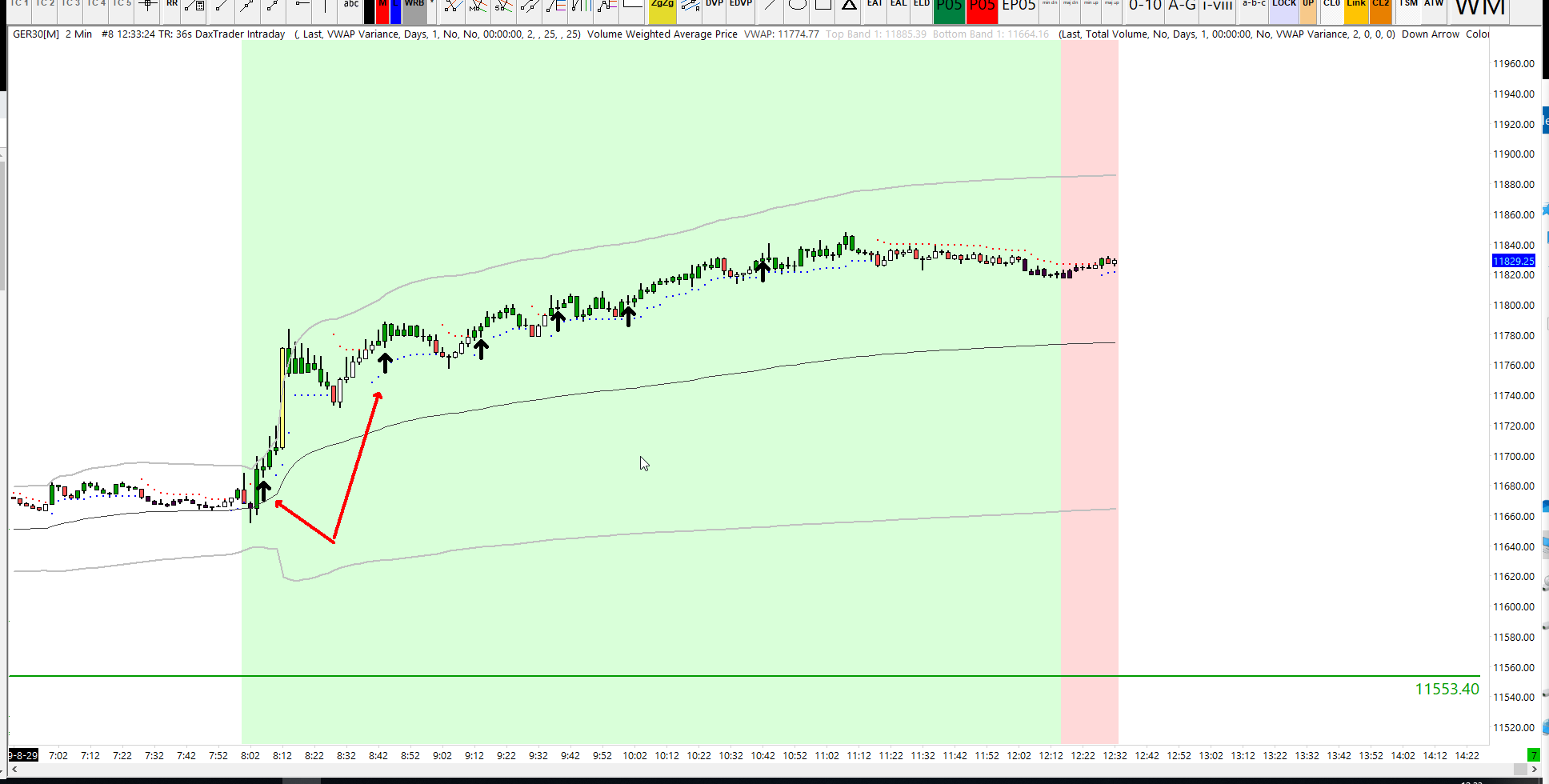 Congratulations to everybody who saw the opportunity to get along from the DAX trading strategy this morning just after 8 o’clock. This opportunity was the perfect entry. Notice how price was slowed down by the deviation high but continued to find momentum. If this move continues then 800 is the obvious target, and beyond that we look for a range break to a new high. The economic landscape does not look favourable so be careful about being too optimistic. A break above 11,860 would be excellent bullish progress, opening the door to a test of 12,000. 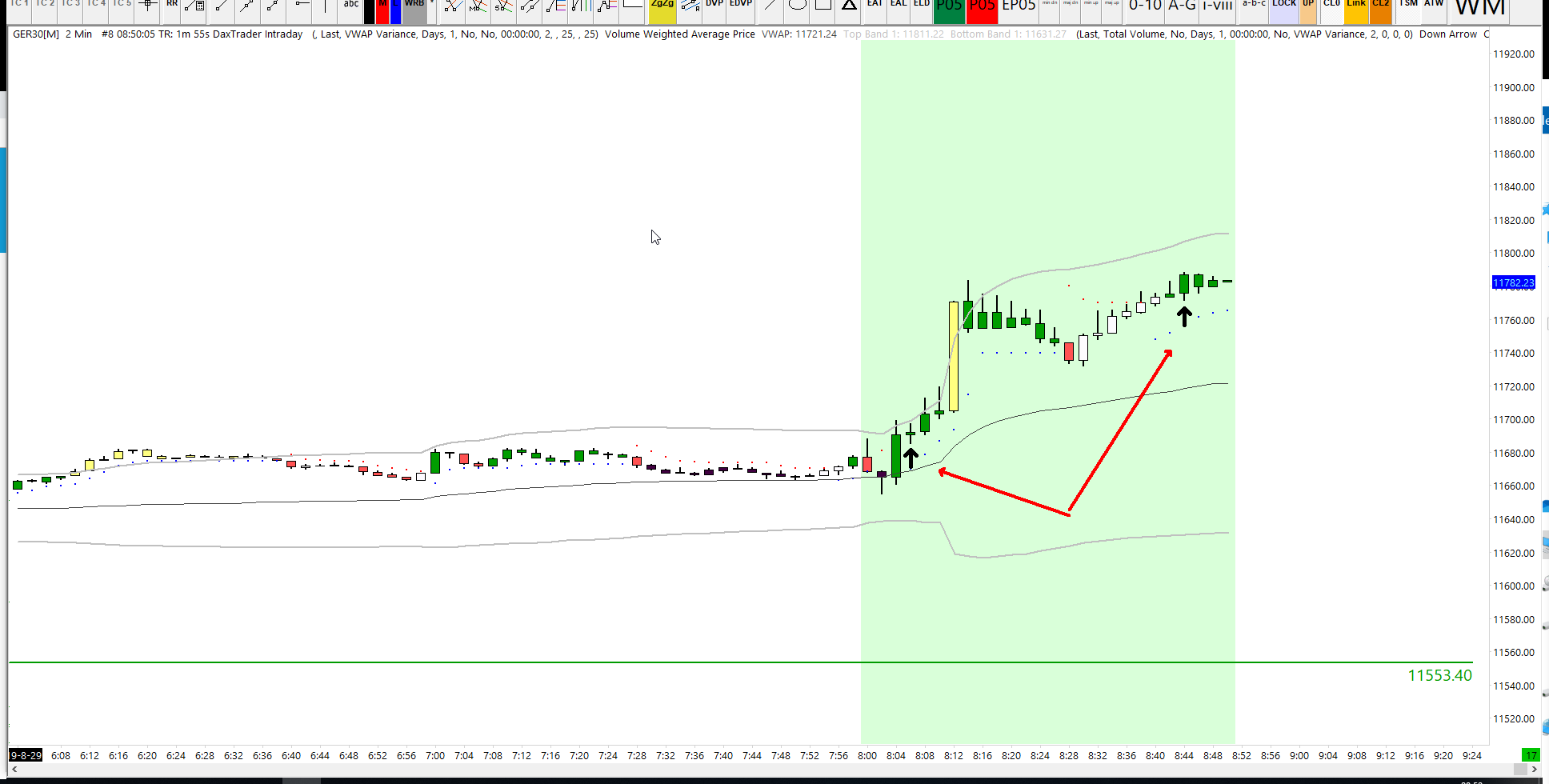 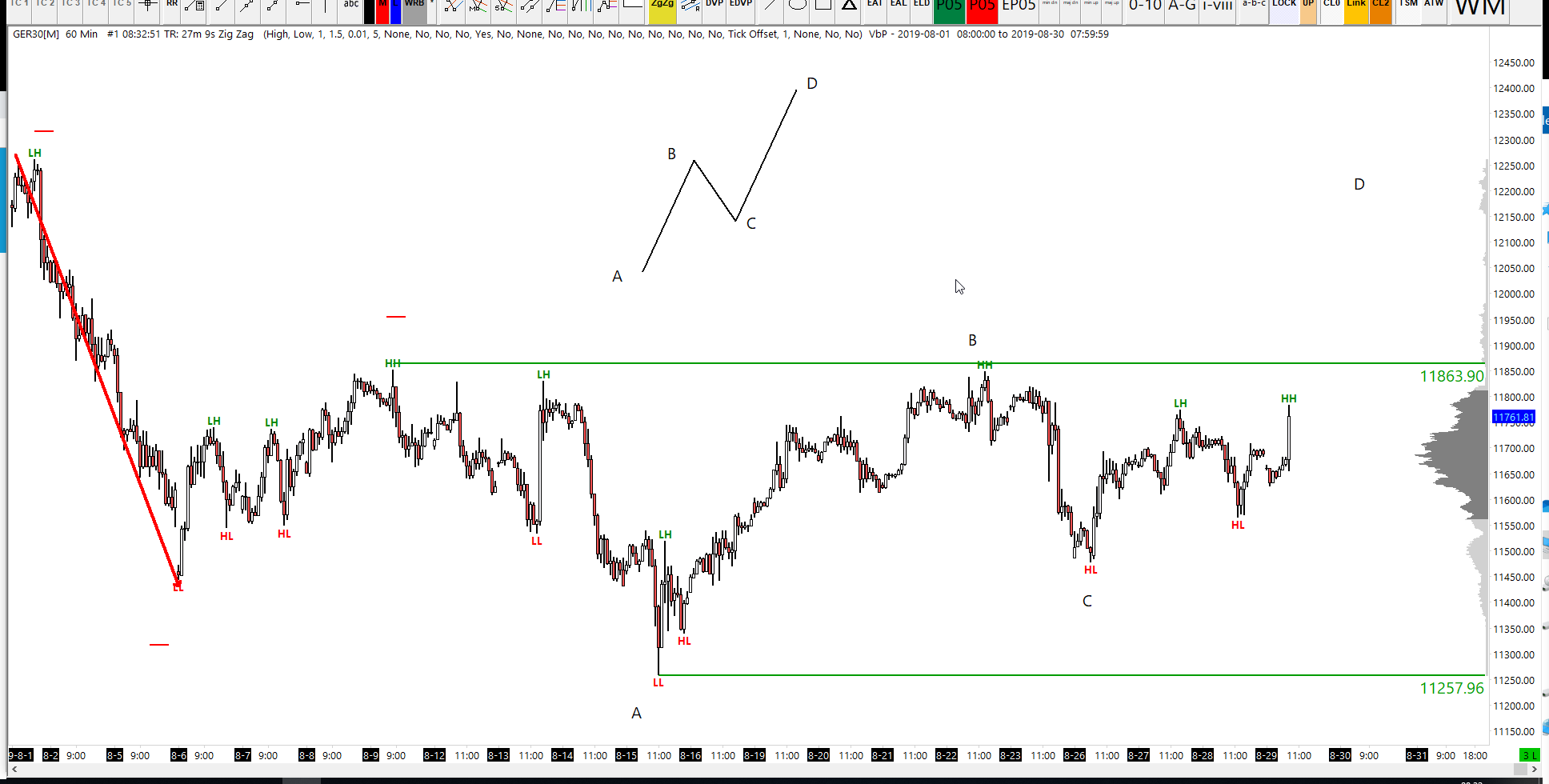 A wide range continues on the DAX with the 800 level still repelling buyers. We seem to be making higher lows in the short-term and this morning’s rally certainly looks good for bulls hoping to see a break above 800. 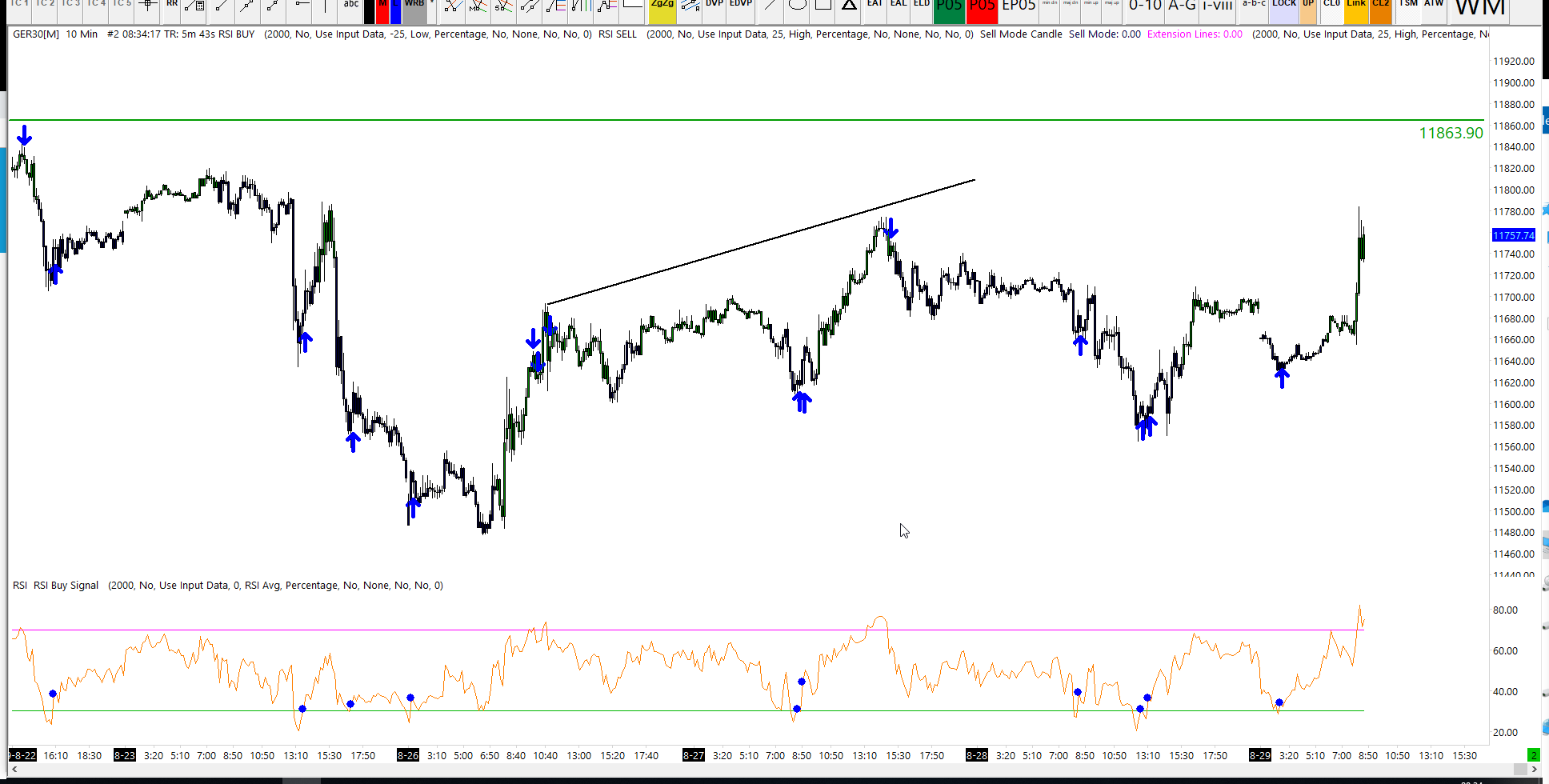 In ranges, it may pay to use an oscillator to find opportunities to trades. In this example, we are using the trusted techniques of RSI.

China’s Ministry of Commerce called on the United States on Thursday to reconsider introducing additional tariffs on Chinese imports from September, warning such action will result in an escalation of the trade war between the two countries.

The ministry’s spokesperson Gao Feng noted Beijing complained to Washington about the new measures and noted the two countries are in discussions about possible trade negotiations next month. He stressed, that if talks do happen, both sides should “create conditions” for progress on reaching an agreement and putting an end to the ongoing trade dispute. 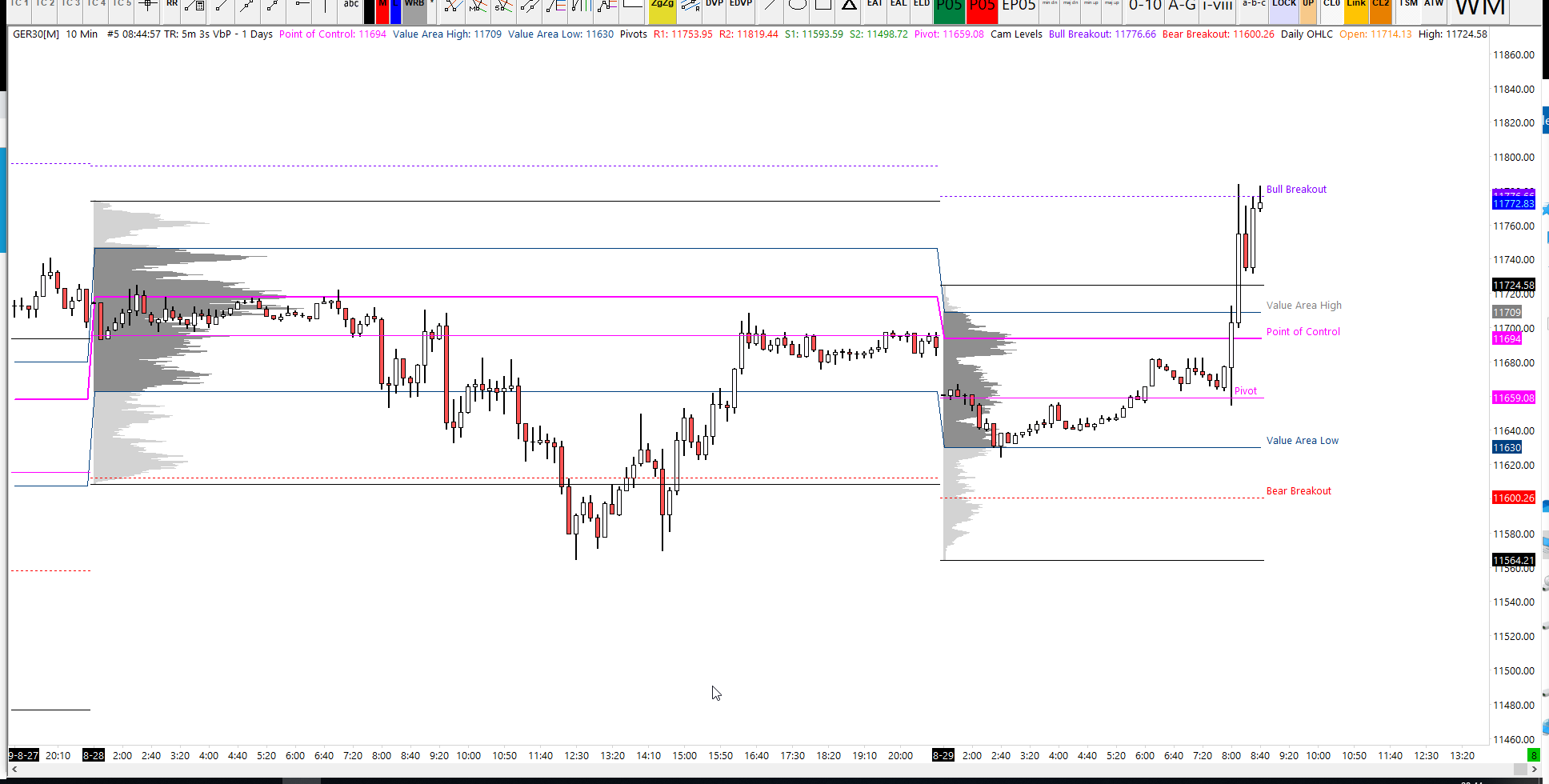 Yesterday we saw the price action bounce from the value area of low (VAL) of Monday before reaching its high at 11 774.

This morning we have bounced from the VAL of yesterday, which was a similar level to the point of control (POC) from Monday, so that’s an interesting zone to watch.

If we manage to break above the value area high for yesterday which is 11 747, then it’s more likely we will break yesterday’s high and continue to move with some bullish momentum.

But my plan today is to stick to the DAX trading strategy. 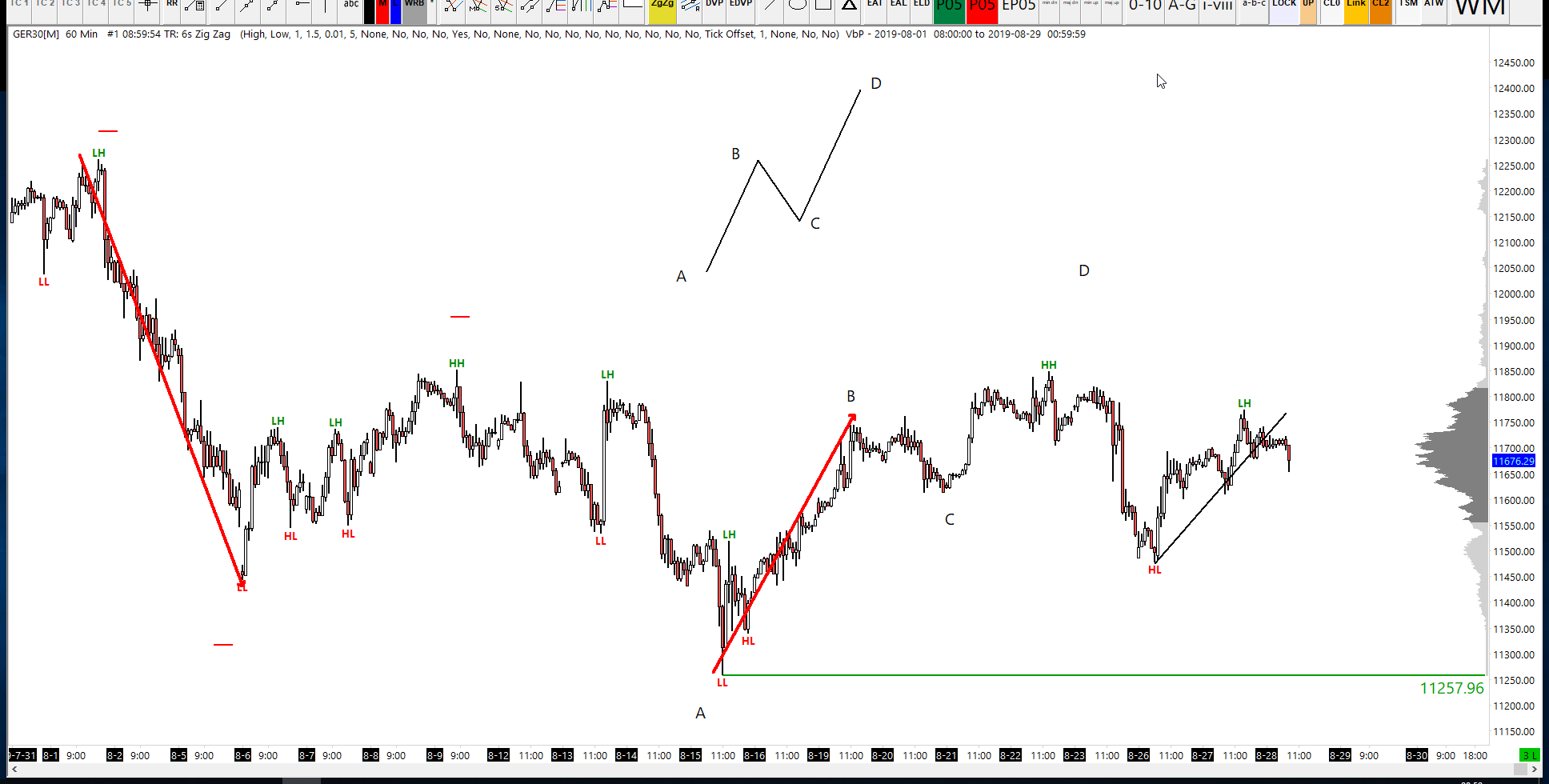 A wide range continues on the DAX with the 800 level still repelling buyers. We remain inside the monthly composite value area. Room to move to the downside.

Get Trading Signals
Markets in Europe opened in the red on Wednesday as fears of an impending recession increased after another inversion of the main part of the US Treasury yield curve, which saw the spread between the 10-year bond yield and the yield on the two-year note hit the lowest level since 2007. Investors also focused on the latest Brexit developments as United Kingdom Prime Minister Boris Johnson once again asked the European Union to reopen talks on the withdrawal agreement in order to remove the controversial Irish backstop clause, despite the EU insisting the UK must offer a viable alternative solution if it wants to get rid of the backstop. Meanwhile, Labour Leader Jeremy Corbyn called on MPs to support its efforts to block a no-deal scenario. 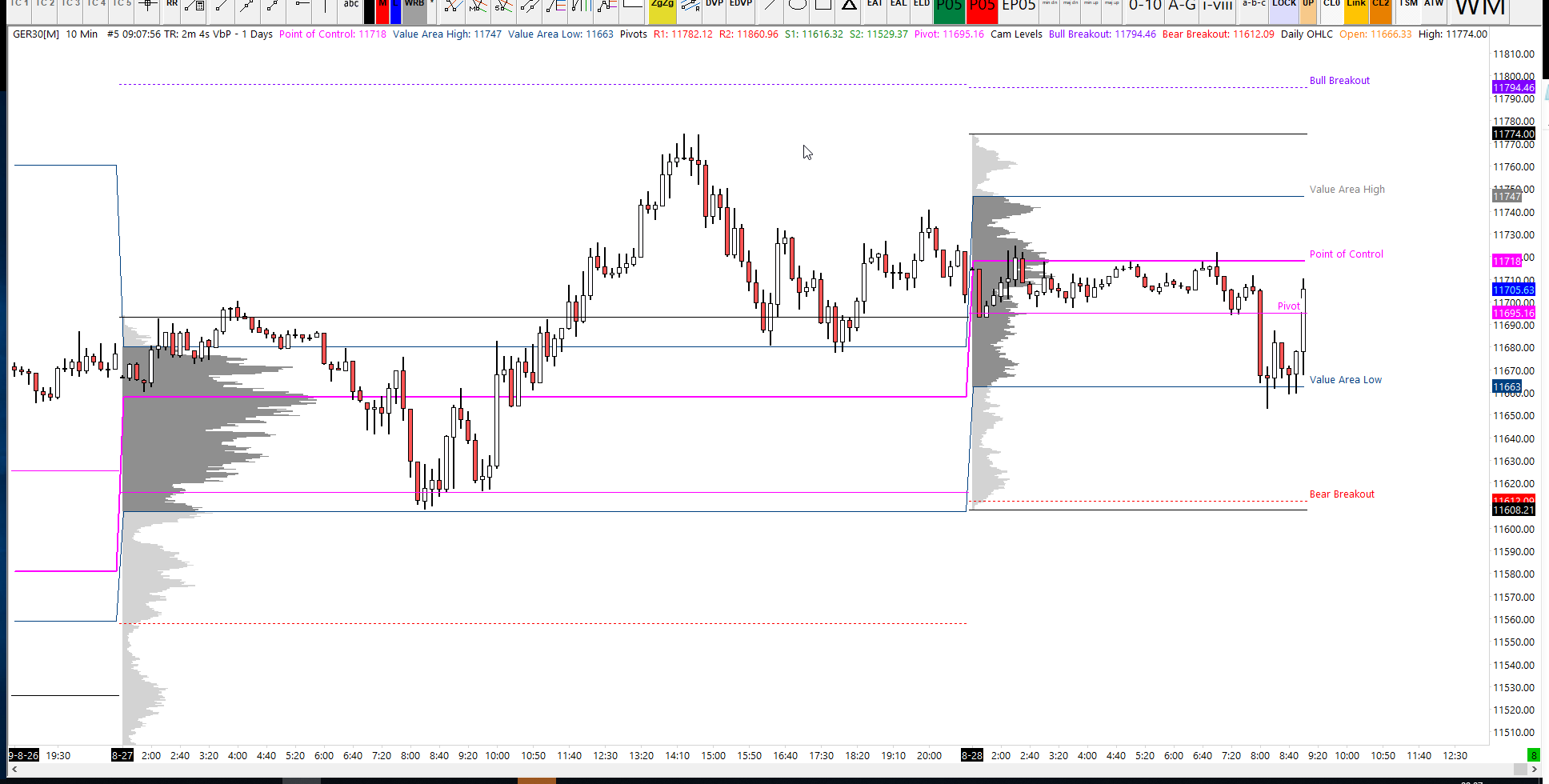 Last week we did not manage to make much progress above the 11850 zone and found the high printed from the 9th of August creating a wide range. So on the 60 minute time frame right now there is no clear direction or trend. We still sit inside the August value area digesting the moves from last week.

I took a short this morning at 11645 from the strategy (which was a little earlier than expected). So I may have jumped the gun but the trade started off well and got itself comfortably into profit. However, we have seen a balance just above 11 600 and price now looks to be running up towards the VWAP. It’s currently 637, but would be very very close to our initial entry – if we get there, then the trade will be closed at breakeven. 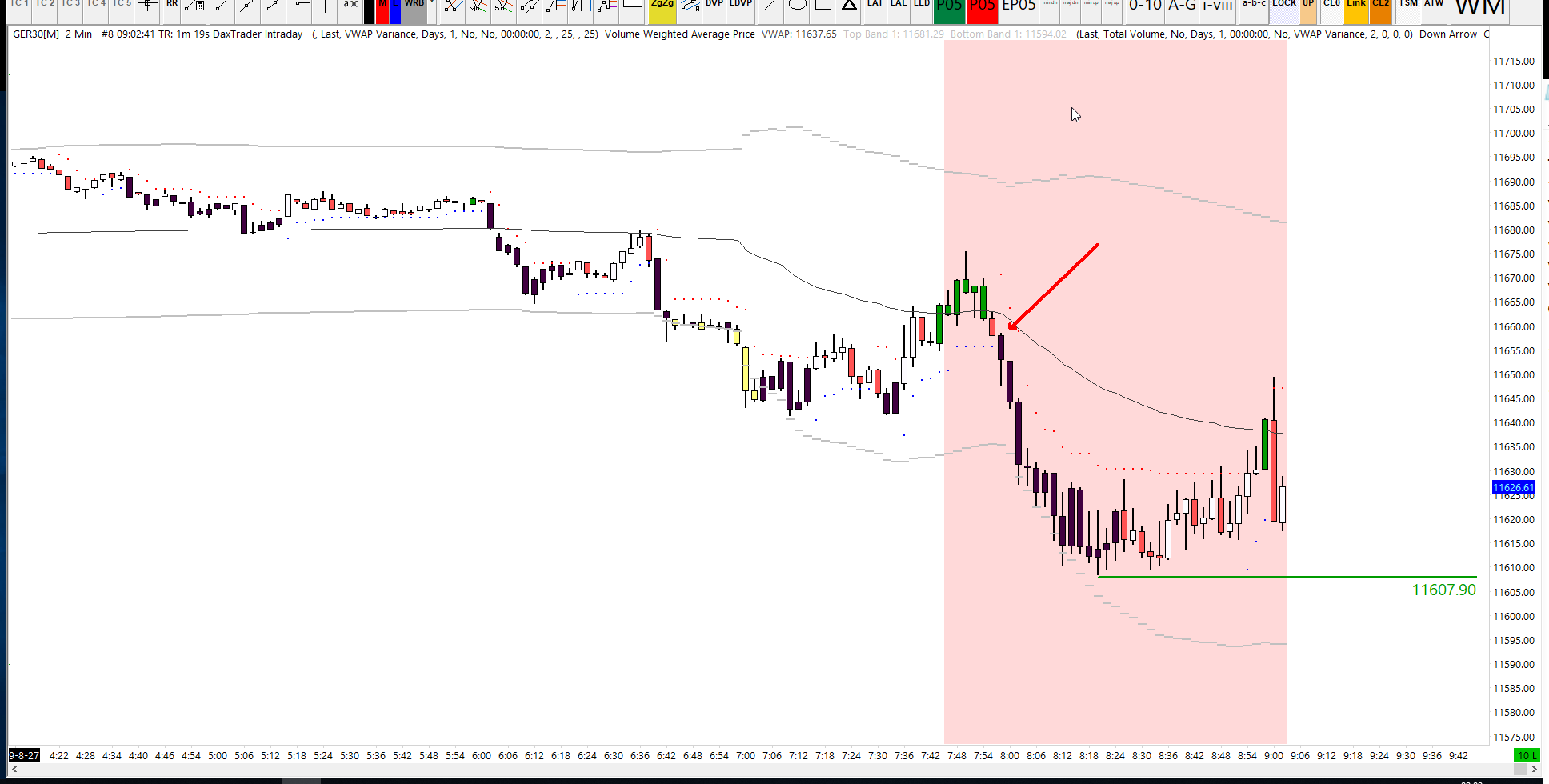 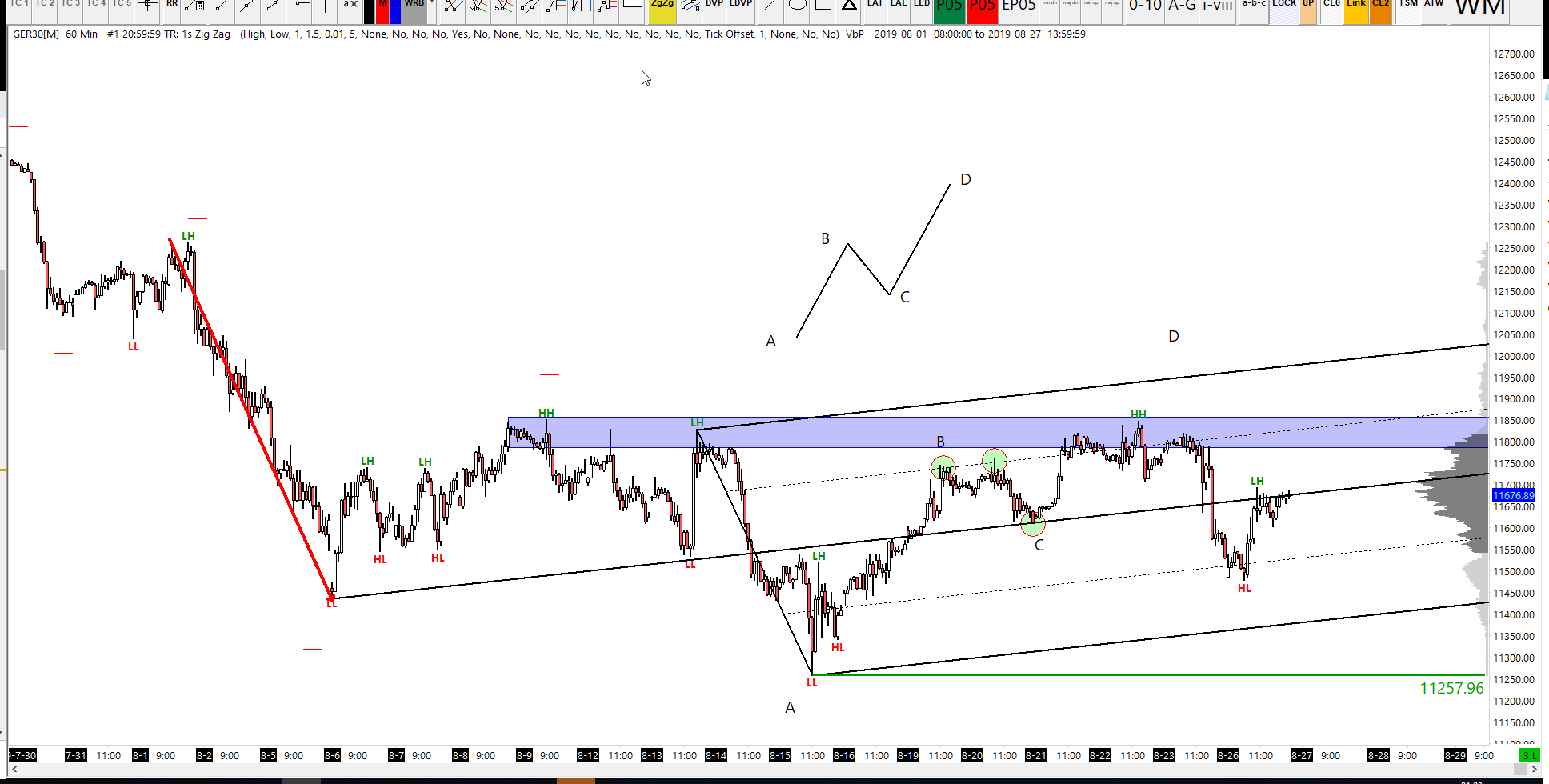 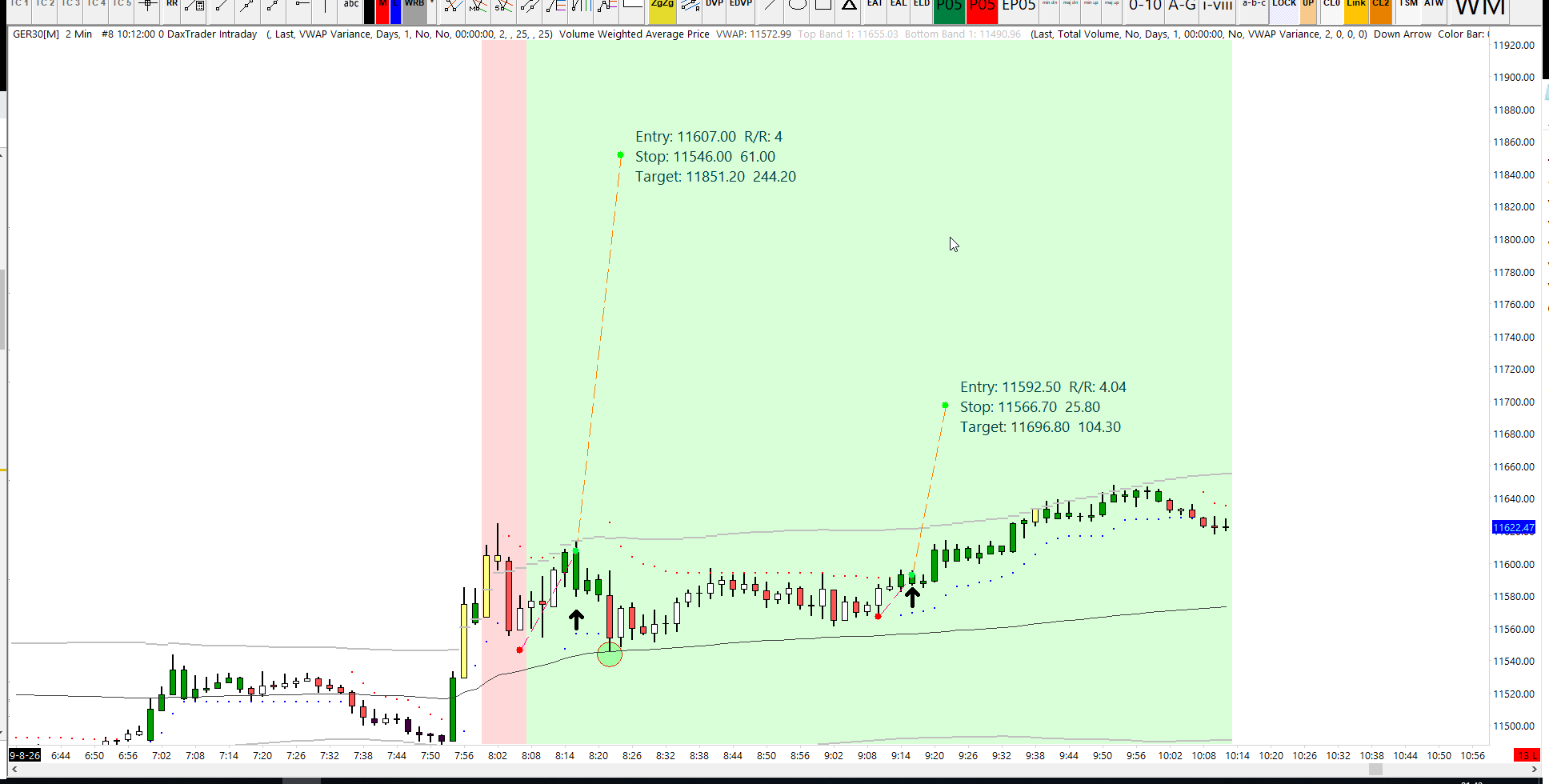 The background yesterday morning was green so we would look for longs. As the candles turn green, we open a long position and put stop losses under the dots. 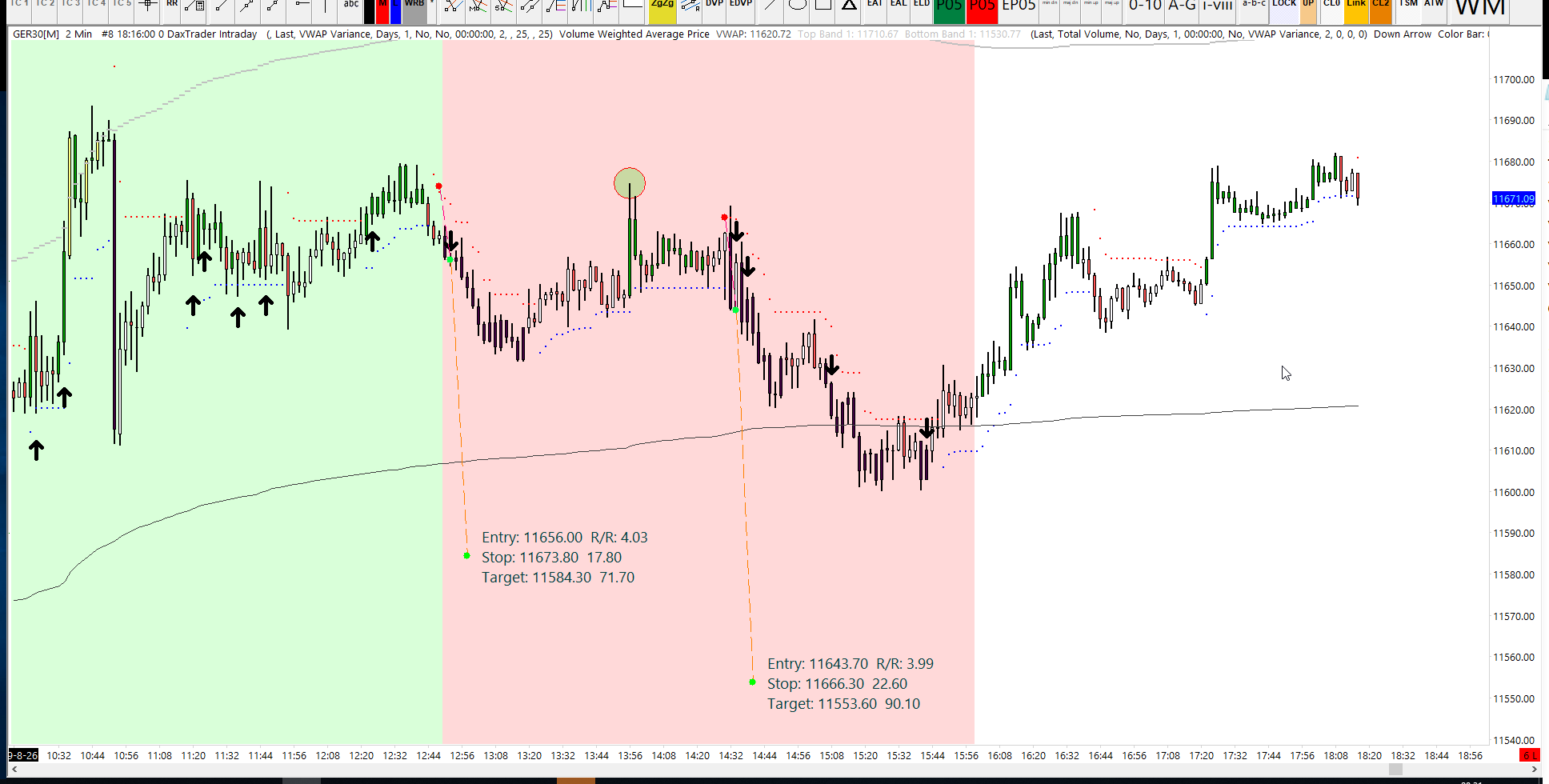 The background yesterday morning was green so we would look for longs. As the candles turn green, we open a long position and put stop losses under the dots.

Get Trading Signals
European stocks opened in the red on Tuesday after the G7 summit in Biarritz, France, ended on Monday. Germany’s Economy Minister Peter Altmaier said that he was under the impression that the United States wanted to reach a solution on trade with the European Union although negotiations would be “difficult.” Germany’s GDP also fell by 0.1% in the second quarter of the year compared to the first. In other news, investors awaited a speech by the European Central Bank’s Vice President Luis de Guindos later in the day.

Germany’s Economy Minister Peter Altmaier told reporters on Tuesday that he is under the impression the United States wants to reach a solution on trade with the European Union, at the same time expressing concern regarding the forthcoming negotiations.

“Upcoming trade talks with US will be difficult,” Altmaier stated, noting that the EU is open to discussing “many questions” with Washington concerning trade. The minister was, however, upbeat regarding the outcome of the talks, saying that the downturn in global economy actually increases the prospects of reaching an agreement. 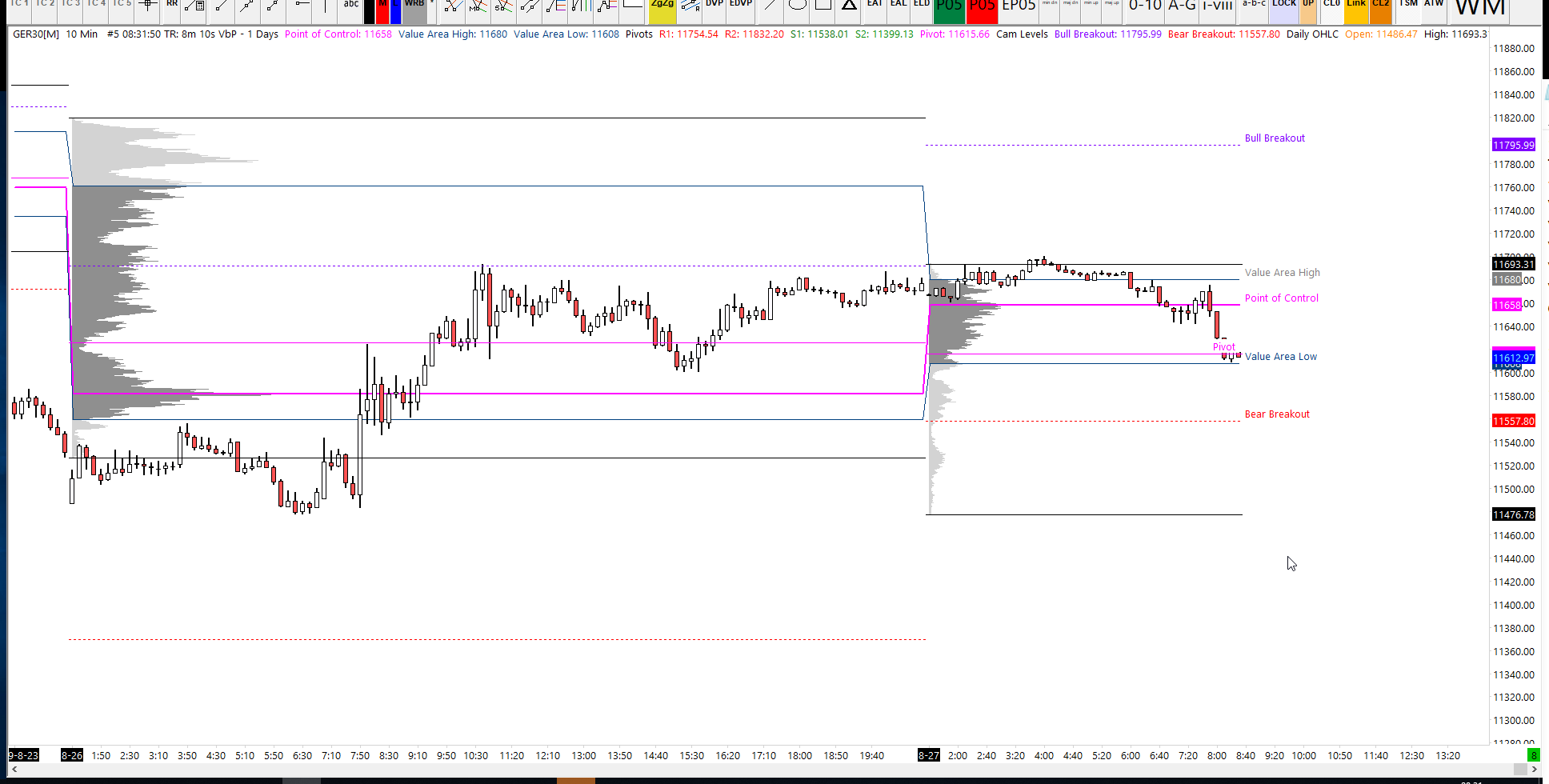