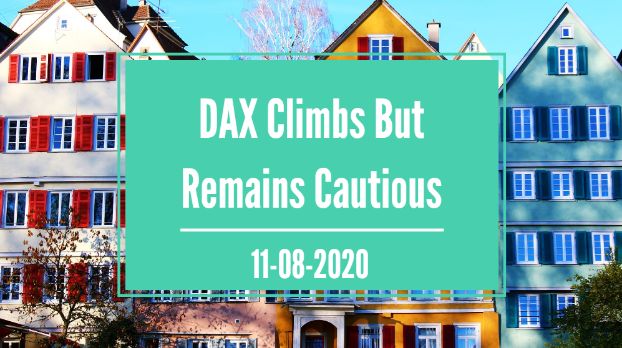 DAX Climbs But Remains Cautious. Despite the seasonal expectations for the market to break lower, the DAX found bullish momentum yesterday; comfortably taking out the 13,000 level; testing Friday’s high and we see the price action continuing to find higher levels this morning too, after piercing yesterday’s high.

The negotiations on a trade pact between the European Union and Great Britain after Brexit are also increasingly in focus. These are currently going into the next round. The aim is to avoid trade barriers such as tariffs and economic chaos after the end of the Brexit transition period, but British Prime Minister Boris Johnson also stressed that a Brexit without a treaty would be “a good result for the UK”.

As for my index trading; during the last trading session I took a total of 2 trades, so it was a pretty quiet session (1 DAX trade and 1 FTSE trade). No trades came from the usual DAX trading strategy (DTI) but both were from the regular morning signals as I mentioned before. These two trades gave me a cumulative total profit of 4.36% for the day. This takes my current yearly cumulative index profit up to 241% and i’m delighted.

To keep a track of the trading results, you can read the dax trading spreadsheet. In order to get access to the signals and to the strategy, you will need to be a member of the site. Find out more about membership.